We serve our clients with a unique combination of polished, professional content and expert marketing strategy. There’s more noise out there than ever — we’ll help you cut through it.
more about us

Everything is connected these days: Your TV. Your car. Maybe even your refrigerator. In this hyper-connected world, however, quality connections still make a difference — and companies that want to stand out know it. That’s why they use effective marketing and communications to forge new relationships and strengthen existing ones. And it’s why they use Plaster Consulting Group.

We have limited overhead and unlimited potential. We’re fast. We’re smart. And we do what it takes to thoroughly learn each client’s business — and its challenges — to provide the best possible service. 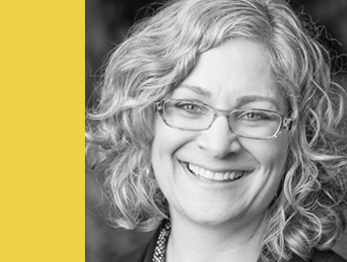 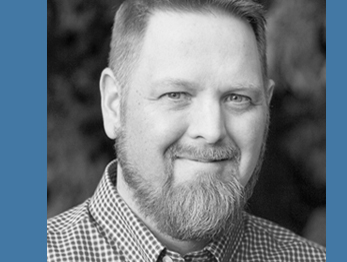 Heidi Plaster founded Plaster Consulting Group in 2009 after working with companies such as Microsoft Corporation, RealNetworks, Eddie Bauer and drugstore.com for more than 13 years. Mike Plaster began his career as a journalist, working for The Daily World in Aberdeen, Wash., and the King County Journal in Bellevue, Wash. He then spent several years doing internal and external communications for Safeco Insurance before joining Heidi full-time in 2011.

Heidi has flexed her marketing muscle for an incredibly wide variety of companies, ranging from Fortune 100 corporations to small startups. When she’s not helping clients, she’s reading, cooking, traveling, hiking the Cascades with the family golden retriever, Youppi, or attending Washington State University football games. Unconfirmed reports suggest she may spend a little too much time on LinkedIn as well. She earned a BA in communication at WSU (after beginning her college career with three years at the University of Washington) and serves on the board of the Seattle chapter of the King County Cougar Club. Born in Bellevue, she’s a lifelong Washingtonian and can’t imagine living anywhere else. Well, maybe in Switzerland. After all, where else would a Heidi want to be?

Mike is a veteran of both the newspaper business and the insurance industry (yes, really), and still misses the rush of the newsroom — but has embraced new challenges since watching his last press run. However, he remains the guy who will point out typos on restaurant menus (and continues to maintain that this habit is somehow charming rather than annoying). The Vancouver, Wash., native spends his free time struggling with his golf game, wishing the Montreal Expos still existed and exploring the incredible Northwest craft beer scene. He also spends too many hours driving to football games at Washington State University, where (brag alert) he was named the journalism co-graduate of the year in his class.

A few examples of successful projects in the
Plaster Consulting Group portfolio:

A Houston-based wireless startup asked Plaster Consulting Group to evaluate and improve its customer-facing strategy website. Steps were taken to review the current content, organize the content into a more effective framework and develop more strategic positioning to convey the full story.

Plaster Consulting Group regularly works with a Seattle-based insurance company to develop an exceedingly wide range of internal and external content, such as executive communications, customizable material for insurance agents to use when contacting consumers, and stories for company intranet sites and agent-facing newsletters. In addition, Plaster Consulting Group has written pieces for trade publications, improved automatically generated customer communications and created promotional packets featuring press releases, social media content and other tools to help agents and others increase brand awareness in the community.

When Cisco Systems needed a preliminary messaging audit for its master partner community, it turned to Plaster Consulting Group. Our firm solicited feedback from key internal and external stakeholders regarding the master specialization value proposition, and created value statements for customers, partners and Cisco sales teams. These statements communicated the importance of the master partner community and drove preference for them across end users, ecosystem partners and Cisco sales.

“Heidi’s work for Cognitas has provided a solid foundation that allows us to position our company more effectively. She’s been instrumental in creating strong but approachable messaging that conforms with our style and goals – both on the web and in assorted marketing materials. And just as important, Heidi meets or beats every project deadline and milestone. We’ve retained Plaster Consulting Group for several projects now.”
– Jorge Marra, Cognitas Technologies, Inc.

“Plaster Consulting Group recently helped improve our messaging for a product we are introducing to clients. The new content is a vast improvement over our previous message, and we were equally impressed with their personal touch when it comes to building relationships. We’re looking forward to partnering on future projects.”
– Doug Andreassen, Northwest Publishing Center/Newman-Burrows

“We proudly included Heidi as a team member for one of our Cisco projects. Her partner marketing, events and communications experience were exceptional.”
– Tricia Horner, HTO, Inc.

“Working with Heidi and Mike is a guaranteed great and productive experience. They will approach your business needs with serious skill and attention to detail, adding a dash of personality for good measure. I’ve worked personally with Heidi on several projects and have been impressed with how she creatively solves problems, and most important, delivers quality work quickly. I can recommend Plaster Consulting Group without reservation for any company’s communications needs.”
– Kim Sherman, former Microsoft Corporation co-worker

“I’ve had the privilege of working with Heidi at Plaster Consulting Group for the last several years. Our team consistently received high-quality, thoughtful work — but beyond that, dealing with her was truly a pleasure. She knows which questions to ask up front, and has a vision of the bigger picture while remaining nimble and efficient. I highly recommend their portfolio of services, and I hope to work with both Mike and Heidi down the road.”
– Beth Harvey, former Microsoft Corporation co-worker